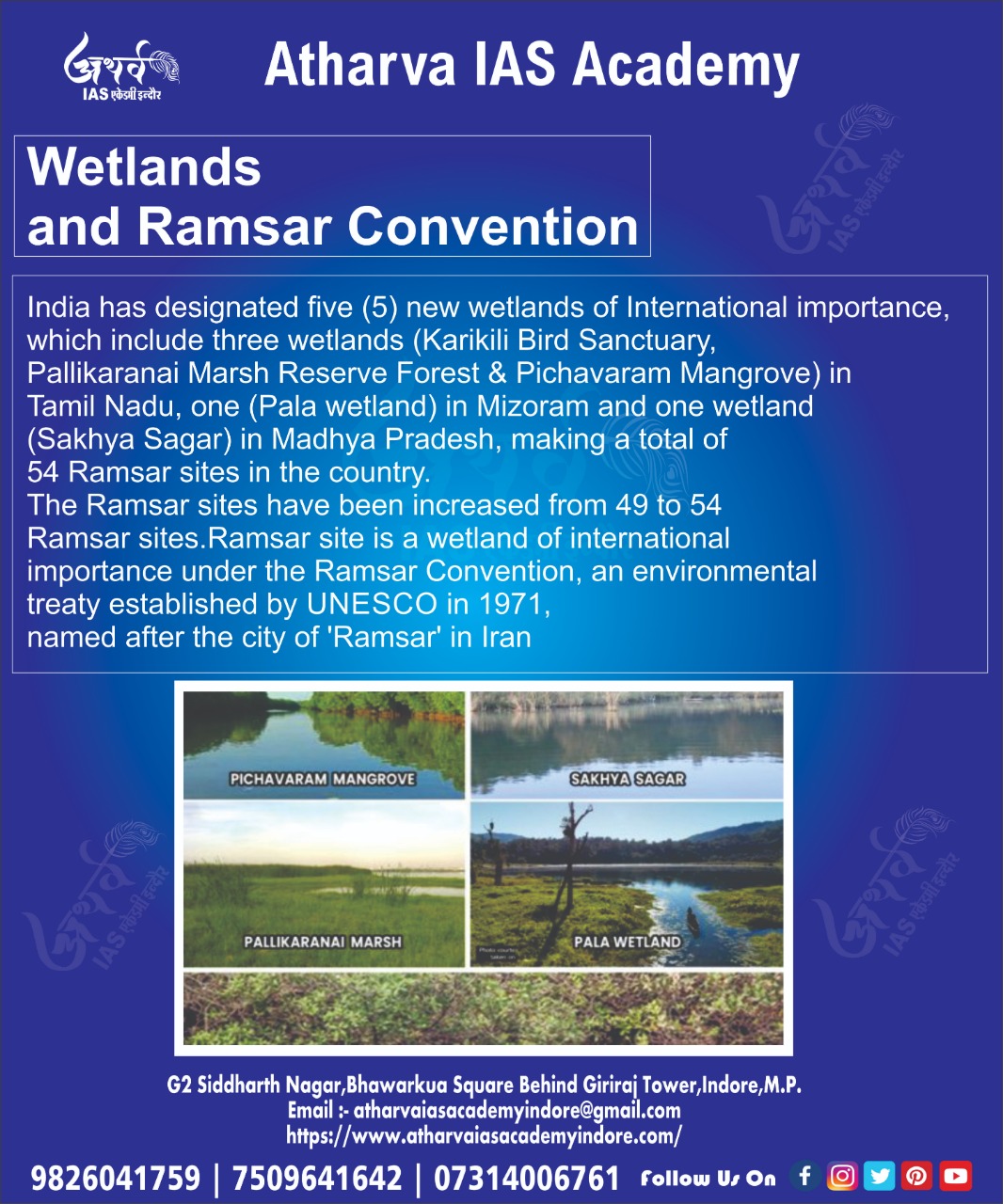 India has designated five (5) new wetlands of International importance, which include three wetlands (Karikili Bird Sanctuary, Pallikaranai Marsh Reserve Forest & Pichavaram Mangrove) in Tamil Nadu, one (Pala wetland) in Mizoram and one wetland (Sakhya Sagar) in Madhya Pradesh, making a total of 54 Ramsar sites in the country. The Ramsar sites have been increased from 49 to 54 Ramsar sites.Ramsar site is a wetland of international importance under the Ramsar Convention, an environmental treaty established by UNESCO in 1971, named after the city of 'Ramsar' in Iran